As Biden’s Inauguration Approaches, Pressure Mounts on Some Trump Appointees 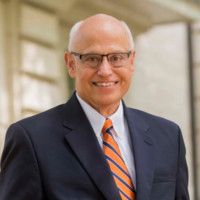 The challenges of the oil industry in the short and long term are set to be discussed at Enaep 2020 in Quito on October 25, which will gather a range of industry experts.

Jorge Piñón, director of the Energy and Environment Program for Latin America and the Caribbean at the University of Texas, who will be one of the speakers, tells BNamericas about the current situation in the region and highlights the importance of hydrocarbon resources in countries such as Argentina, Brazil, Guyana, Mexico, Venezuela, as well as the need for continuity in policies to develop the sector and attract foreign investment.

BNamericas: What can we expect for the market in the region in the remainder of this year and next?

Piñón: In the short term the scenario of low fuel demand will continue.

The possibility of having a series of vaccines next year is going to have an impact because we’re all going to feel a little safer, so for next year I think we’re going to see an increase in demand for fuel, mainly transportation fuel for aviation, gasoline and diesel.

Oil production is fine, we have no problems in our ability to increase that. OPEC continues with its production limit so there are no problems in the availability of crude oil. Maybe we will see a small increase in oil prices. International markets may start to recover in the second half of 2021.

BNamericas: What are the main risks that the oil market in Latin America and the Caribbean could face?

Piñón: The potential of the hydrocarbon resources in the region is excellent: for example, Argentina, Brazil, in deep waters; Guyana, Mexico and Venezuela, due to its large oil reserves.

The problem lies in the political and fiscal continuity of the countries in which these reserves are found. Political risk is something that companies cannot take and, unfortunately, in our region and in developing countries or those in transition, there is no political continuity that can guarantee the investor that, after a multimillion-dollar investment, in five or six years the rules of the game won’t change with a new government.

We have that problem now in Mexico, where it’s possible that the energy reform that began under the 2014 administration could change after multinational companies invested or are investing hundreds of millions of dollars in the deep waters of the Gulf of Mexico.

From the point of view of resources, not only oil but also natural gas, Latin America is extremely interesting for oil companies. The problem is the lack of security for policy continuity.

BNamericas: What do you think about the case of Peru, which requires reforms in the hydrocarbon sector, which will surely now not be carried out due to the political crisis?

Piñón: Unfortunately, that political instability is what doesn’t allow many countries in our region to grow; an unfortunate experience in Peru.

In the region, you also have to look at what’s happening in Mexico and look at Guyana, whose government will allow the continuation of oil contracts.

BNamericas: Which are the best positioned countries in the region in the oil market and how does 2021 look for mergers and acquisitions?

Piñón: Colombia, although perhaps from the point of view of resources it’s not as good as the rest of the countries. It has Ecopetrol that has not only grown in its own country, but is very active in Texas – it’s gone global.

In Brazil, Petrobras has had political problems in the last five, eight years. It has had great problems, but it has remained a state oil company operated with very clear management.

YPF in Argentina, if you take out the politics and give it more leeway, it’s an excellent company and it can grow a lot more than it is doing because it has the technical capacity and the management capacity.

BNamericas: What do you think about Ecuador trying to open up its oil market to private investment with the tender for its biggest refinery?

Piñón: The talks on Ecuador between the oil companies here in Houston are very positive from the point of view of the changes or the intentions that we’ve seen in the last six or nine months, so that’s welcome. I think they’re all on the right course.

The question we have is what will be the final result of these changes and if the changes can be maintained with the new government so that large companies can go and invest.

Ecuador has another problem: the large oil reserves are in the Amazon and there’s opposition from the indigenous communities.

For now, all the signals from this government and the energy ministry are very positive.

BNamericas: Which projects or areas could interest investors the most?

Piñón: For me natural gas is the fuel of the future, not only for generation in the electricity sector but also for transport use.

You have to look at the regasification plants being built in Chile, Brazil, Argentina.

Indeed, one of the bottlenecks in Argentina is that investors who are going to invest in shale also want to know that the gas will not only supply Argentina, but that the country will provide the capacity for them to export it.

When Congressman Steve Cohen, D-Tennessee, suggested on CNN this week that the National Guard troops providing security for today’s...

CLOSE President Donald Trump is using his pardon power to rescue personal and political allies, including a 2016 campaign...

As Biden’s Inauguration Approaches, Pressure Mounts on Some Trump Appointees

Here’s what you need to know:A message that Trump supporters left in the office of House Speaker Nancy Pelosi...

Amazon Workers in Alabama to Vote on Union

Here’s what you need to know:The vote to unionize at an Amazon  fulfillment center in Bessemer, Ala., is the...

The year the market didn’t crash

Helium One Global mobilises for surface exploration at Eyasi project

Trafigura puts €1.5bn of own cash on line to cement Rosneft ties

No Result
View All Result